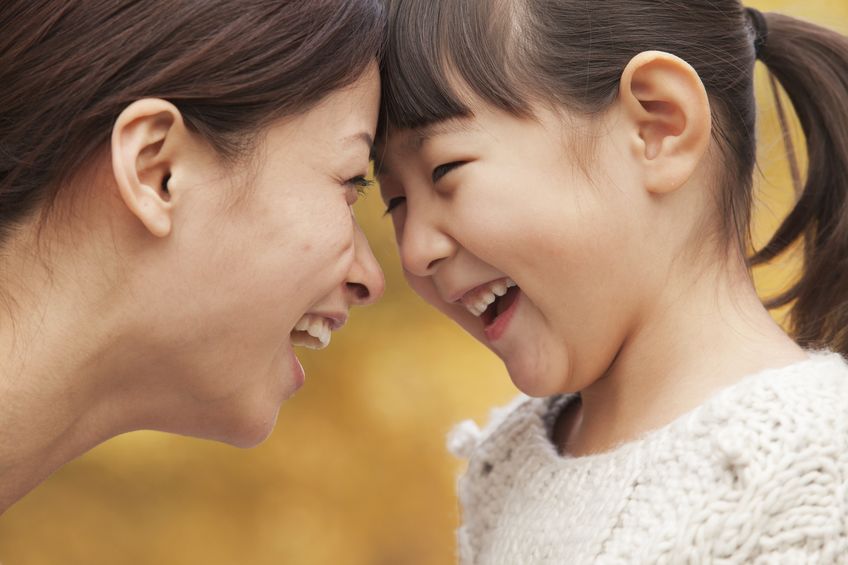 On days when it feels like your relationship with your child is falling apart, a strong foundational parent-child connection makes your relationship resilient enough to endure the conflict, and enables you to repair with more ease. All parents need a “tool kit” that contains simple regular daily practices for building a deep connection with their children.

A Simple Practice for Reconnecting

Before I learned this practice, my usual habit when my son and I have been separated for a while was to say something like, “How was your day?” Typically, he’d say, “fine” and carry on. While I wanted to respect his decision to not talk at that time, I also felt a longing to reconnect and it didn’t feel like that was happening.

I’ve recently been learning about the 8 shields[1] model and some practices for connecting with others. One of the practices is called “welcoming with delight!” This alone has had a profound effect on my relationship with my son, even as a teenager who wants to do his own thing and sometimes doesn’t want to spend as much time with me anymore. (It may sound too ridiculously simple to be true, but hear me out!) I started using it whenever we’d been separated for a while—whether it was a couple of hours or all day.

The practice is exactly what it says—letting your child know how happy you are to see him, and conveying a genuine sense of welcoming him back. I started doing this about a year ago, and my son’s whole face would light up when I would look him in the eyes and say, “I’m so happy to see you!” or “I’m so happy you’re home!” rather than asking about his day. I’d also put down what I was doing, making it clear that I was available to be fully present with him if he chose to engage with me. Sometimes, I’d also giving him a hug, or extend an arm and invite him to come and sit beside me. I was welcoming him and offering my presence to him, not asking him anything about his day.

After I started using this practice, he’d pause, his face would generally light up, and he’d make eye contact with me. Sometimes he’d volunteer something about his day or what he’d been doing. Other times he’d ask me about my day, and sometimes, much like before, he’d only pause briefly. (After all, he is 15 and has his own agenda and interests these days!) However, the difference was distinct and was what I had longed for; I felt like I’d reconnected with him.

Another practice for reconnecting after separation that can be used when welcoming with delight is to provide a favourite snack or drink—something to refuel your child after the activity that he’s been engaged in. It’s especially helpful to do this, and avoid asking, “how was your day?” when your child has been at school or another program where he might have been getting asked questions or to push himself. From that perspective, your question is another “demand”, even though your intention is an invitation to connect. Welcoming with delight, plus an offering of nourishment provides the openness for your child to share spontaneously.

These practices, much to my initial surprise (!) have created a stronger connection with my son, and have resulted in my ability to more easily repair our relationship when we’ve had conflict—when I’ve lost my patience, or when he’s super mad at me for setting a limit.

When to use this practice

Use this practice whenever your child returns to you after a separation, or first thing in the morning. This practice makes your child feel loved and wanted in that moment. But also, your tone of voice, eye contact and body language support them to feel accepted and safe to express themselves. (There’s a scientific explanation for why this works physiologically, which I’ll explain briefly the next post.)  So, remember to look lovingly into your child’s eyes and show your delight in your facial expression.

I know it sounds too easy to have much of an impact, but especially for those of you who have kids, tweens or teens who are a bit moody or resistant towards you, you might be surprised.

I’d really love to hear how it goes in the comments section below!

PS: For those of you who have been following the 4-part series on self-regulation and connection, this is the beginning of the much-delayed Part 3 (which includes practices for connecting with your child, calming your child, and some of the science behind why the practices work).

PPS: I’ve divided Part 3 into three sections to make them shorter and easier to read. This has been Part 3a.

[1] www.8shields.org  The 8 shields model is a global movement to create nature connection, community, and cultural repair.